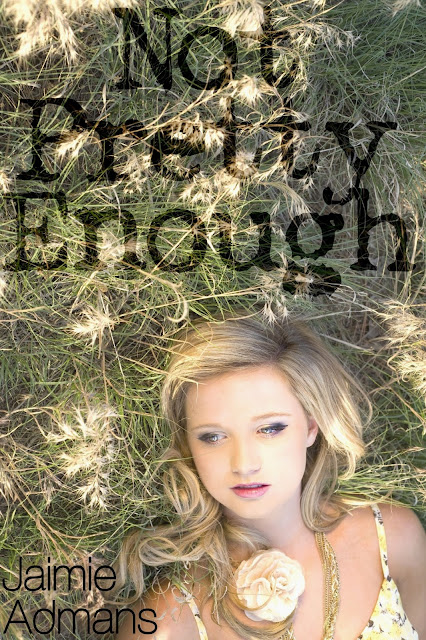 Synopsis:
“New Year’s Resolutions:
1. Lloyd Layton will know I exist. He once said three whole words to me, so this is obviously progress. If I don’t get a proper conversation out of him soon, then I’ll take my top off and streak through the cafeteria, because nobody could fail to notice these boobs.
2. I will not get expelled for streaking through the cafeteria.”

Those are the words that begin her mission.
Chessie is fourteen, not pretty enough, and very much in love. Lloyd Layton is hot, popular, and unaware of Chessie’s existence.
Her goal is clear: to get Lloyd to love her as much as she loves him, and she has exactly one year to do it.
As Chessie’s obsession with Lloyd reaches boiling point and she starts to spin a web of lies that spiral out of control, Lloyd turns out to be not quite the prince she thought he was. Can Chessie avoid the gathering storm before things go too far?

Not Pretty Enough is a contemporary young adult comedy suitable for ages thirteen and over.

Book two in the series will be released early 2014.