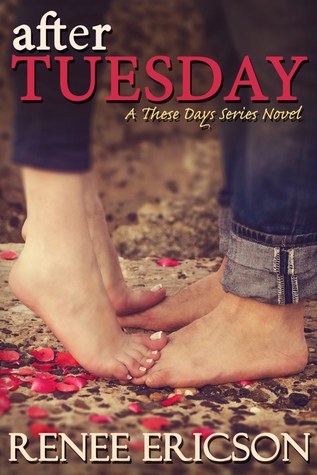 Family really is a pain…especially when your father is an addict.
For the last two years, high school senior Ruby has been her own rock and solace. She has learned to depend only on herself and hides her family's issues by keeping herself somewhat unnoticeable. Despite her isolation, Ruby has intrigued the affections of someone unexpected. Finding herself loving life once again as his persistence sparks a romance awakening a well-protected heart.

While Ruby’s relationship with her father is constantly teetering, her new-found affection continues to blossom into something more than she ever thought possible. Soon, Ruby comes to realize that opening up your heart means being susceptible to love and disappointment.

YA-M: This book contains mature content
including profanity, drug/alcohol use, and sexual situations/language.

Renee loves to wear hoodies, is fluent in Yoda speak, and likes to make videos with Lego figures. She is a long time insomniac, but doesn't have the energy to start an underground Fight Club so she settles for writing stories about the characters who plague her mind. She grew up in the Midwest and currently resides in the Boston area, but sounds nothing like Ben Affleck or Matt Damon.

(*I received a copy of After Tuesday for the blog tour review. I'm not a paid reviewer. These thoughts are my own.*)

After Tuesday! Arg where to start this review...humm lets start with a I loved it! Yeah that sounds good...I loved After Tuesday. Ruby and Brent's Story was wonderful. After Tuesday has everything a book needs. It was simply charming with fun, love and some drama it delivered well to my book taste buds. :) Normally I find some main female character to be quite annoying but I didn't find this the case in Ruby.

The story is told in Ruby's POV.  Ruby didn't always have a tough family life...two year ago she was happy with her dad in Colorado. But her dad's job was not working out so they had to move. Two Years later her dad is barely there ( present wise) He has a few addictions that has him not taking care of Ruby. Ruby is force more or less to take care of herself. She has a summer job at a camp with keeps her away from dealing with family life for a little while. Then enters in Brent...sigh...what a charmer. I loved Brent as a character..He was sweet and cute, even if he was a little jerk for a chapter or two ( to quick to judge- not a good thing on his part) Then a few unexpected things happen which results in Brent having to take care of Ruby a little..I believe that was one of my favorite part of the whole book when Brent took care of Ruby..It was so SWEET! :)

All in all I really enjoyed this read! I truly would recommend this read to those who wants YA books. This was such a sweet, fun loving, tad bit sad at parts read. All around good book!! 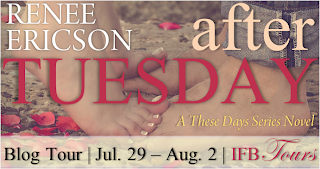