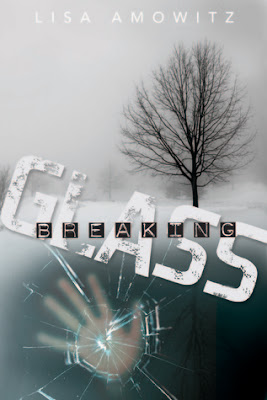 BREAKING GLASS
by Lisa Amowitz
from Spencer Hill Press,
July 2013
ISBN: 978-1937053383
Add Breaking Glass to Goodreads
Support an Indie bookstore
Buy it from Barnes and Noble
Buy it from Amazon

On the night seventeen-year-old Jeremy Glass winds up in the hospital with a broken leg and a blood alcohol level well above the legal limit, his secret crush, Susannah, disappears. When he begins receiving messages from her from beyond the grave, he’s not sure whether they’re real or if he’s losing his grip on reality. Clue by clue, he gets closer to unraveling the mystery, and soon realizes he must discover the truth or become the next victim himself. 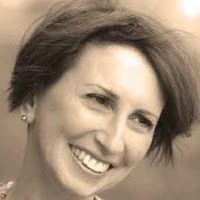 Lisa Amowitz was born in Queens and raised in the wilds of Long Island, New York where she climbed trees, thought small creatures lived under rocks and studied ant hills. And drew. A lot.
When she hit her teens, she realized that Long Island was too small for her and she needed to escape. So she went to college in Pittsburgh. Go figure.
On leaving college, Lisa became a graphic designer living in New York City. She eventually married her husband of a zillion years, had two lovely children, and was swept away to a fairy tale life in the Bronx, where, unbelievably there are more trees and wilderness than her hometown. She can see the Hudson River from her kitchen window.
Lisa has been a professor of Graphic Design at her beloved Bronx Community College where she has been tormenting and cajoling students for nearly seventeen years. She started writing eight years ago because she wanted something to illustrate, but somehow, instead ended up writing YA. Probably because her mind is too dark and twisted for small children.
BREAKING GLASS which will be released in July, 2013 from Spencer Hill Press, is her first published work. VISION, the first of the Finder series will be released in 2014, along with an unnamed sequel in the following year. LIFE AND BETH will also be released in the near future, along with graphic novel style art.
Find Lisa on Facebook
Follow Lisa on Twitter

I had the pleasure of asking Lisa Amowitz a few question and here are her wonderful answers!! I hope you all enjoy!

When and why did you decide to be a writer?

I never actually set out to be a writer. I was always an artist and graphic designer first, and then a professor of design. But I always did have a way with words, I guess. I’ve dabbled with writing over the years, but it wasn’t until after I read the first few Harry Potter books that I sat down and systematically attempted to write a book. I had no real idea what I was doing or what the genre was—my only goal was to write something so I could do illustrations for it! I ended up getting hooked to the point of obsession. I was so embarrassed about it (a design professor who thinks she can write?!! What?) that I did not tell more than a few people that I was actually writing something. I think it took me about four years before I openly admitted the truth—I am a writer! It’s all come together nicely now. My college knows the whole dark truth—and since I designed my own cover, it does tie in nicely to the curriculum. Plus, we love literacy at Bronx Community College! Literacy is good!

What has been the toughest criticism given to you as an author? What has been the best compliment?
The very worst was something I think a lot of beginning writers eventually face—that point when someone has to break it to you that your craft is far behind your ambitions. That you are uncooked and raw.
When I finished my first manuscript I was flushed with the sheer accomplishment of completing a full-length book. WOW—I’m going to be famous, I thought. A friend had passed along this mess of a book to a ridiculously highly-placed person in publishing (no names will be mentioned—I am too embarrassed to name them. EVER.) Oh—and how their blunt, scathing and not very kind response singed me to my core! But it forced me to realize that I was just in the sub-sub basement of craft. That my score of 5 on the English AP exam and all the grants I wrote for my job meant NOTHING in the face of writing fiction. I was an embryo..no make that an unfertilized egg.
So I licked my deep wounds and joined the rag-tag online critique group of beginning writers that ultimately taught each other to write! My critique-mates in a more later group I formed, The Cudas (after seven years we are still together) happily accused me of “cheese”. They got pretty creative about it, too—coming up with all kinds of lovely metaphors—fromage, brie, gouda and Roquefort. Oh—and my favorite—fondue! After awhile I just laughed and got out my clipping shears.
Best compliment? If anyone tells me my writing is poetic. I love to hear that and never get tired of it. But I’m also going to quote an email I just got from local writer friend of mine, Susan Maskin, whom I haven’t been in touch with much lately but who bought my book:
“I kept reading last night until I was so tired my eyes wouldn't stay open, though I wanted them to. You always talked about the importance of character voice. No one could possibly have a stronger character voice than you have of Jeremy, Susannah, Ryan...and the others who aren't as main. They are such real people with complex personalities and problems.”

Do you have any advice for other writers?
Yep.
Develop a thick skin. Let other writers read and tear apart your work. Not your mother, your cousin, your kid, your sister, or your husband (unless they write fiction seriously, too). Sure, let them read it to see if it engages. But you need other writers who write in and read your genre to weigh in and tell it to you straight. Not one person, but many. Find beta readers or a critique group you can trust to give you honest criticism with your best interest at heart. You can find them online on SCBWI, Absolute Writers, Querytracker. You can form your own! I did. Try to listen without losing your own cool or confidence. It is important that you trust and value these people. Once you do, they can tell you anything without you getting hurt. No, you can’t listen to all of them all the time—what you want to look for is a consensus. We hate your character. We don’t get your point. The ending is too rushed...things like that. (all things my crit group has told me along the way.)
Don’t be in a rush to publish before you are ready. Once that book is out there, you can’t take it back.
As Stephen King says in ON WRITING: Don’t be afraid to kill your darlings.
That quote changed my life. What Mr. King means is that sometimes you have to chop passages, sentences, characters or entire plot lines so the book will hold together. You must be a merciless and unsentimental editor of your own verbiage. Anyone who has read my first work will hopefully appreciate that if I learned anything in the past umpteen years as a writer, it is that. To be brutal. I tell my design students the same advice because it applies to them as well.

How many drafts did you have to write for 'BREAKING GLASS'? Any scenes that were cut from the original that you want to share?
Oh, so, so many! I wrote the first draft in a mega hurry—after a writer friend challenged me to complete the ms in two weeks. And I did. Then I worked with my critique group and my former agent to knock it into shape over the summer. The first few drafts did not have the back and forth between THEN and NOW. When the manuscript went on submission, an editor requested a major revision to have more of the past with Susannah—and thus was born the back and forth between the present and Jeremy Glass’ recollection of the past. Once the manuscript landed in the hands of Spencer Hill Press it went through three more revisions. So what was that I said about having a thick skin?

What inspired the idea for 'BREAKING GLASS'?
I am asked this question a lot…so in brief—I think in the end it was just a mood—the mood of desperate longing and the search for something you think you want so badly but find in the end it’s not what you want at all. I found the vehicle to express this deep longing and that is Jeremy Glass. Maybe it’s a metaphor for my writing career? Hell if I know!
What was your favorite chapter (or part) to write in BREAKING GLASS' and why?
There is a scene at a Christmas party where Jeremy is to be the guest of honor that he doesn’t want to attend with every fiber of his being. He is literally hauled there, thrown over someone’s shoulder. His father warns him to be on his best behavior, warns him about potential law suits from their rich hosts, but Jeremy ends causing an amazingly embarrassing scene. The thing about Jeremy a reader may not understand, is that though his present behavior can be outrageous, in his past Jeremy was never the trouble-maker. He was the good kid. But this book finds him as he is falling apart, and so he goes a little to the extreme in the other direction.

Tweet Alert! If you only had 140 words or less to tell us about BREAKING GLASS', how would you write your tweet?

Heartbroken Jeremy Glass misses Susannah so much he tries to call her back from beyond the grave. But is she really dead?#BreakingGlass 2013

What are you currently reading?
I’m so glad you asked me this instead of what am I writing! With the book release and my work as a cover designer, I have been busy and having difficulty finding enough time to write. That’s going to change soon, but I always make time to read. I picked up some great ARCS at the BEA, so here is a list.

Who is your fictional character crush?
Am I allowed to have a crush on my own character, Jeremy Glass? Okay—but I have so many. Let’s see. My biggest and craziest crush is probably on Will and Jem from the Infernal Devices. And of course, Jace and Simon from Mortal Instruments! Am I excited for the movie? ARE MY GLASSES SITTING ON MY NOSE RIGHT NOW? (I hope so or I’d be typing this in Braille).
But I have others: I love Han, from Cinda Chima’s Seven Realms series. I love Lex from EXTRACTED—and gah!! We found the cover model, so don’t even ask---
Oh and right now—I have a huge crush on both Gansey and Adam from the Raven Boys series. A lot of people love Ronan, but me, not so much.
ADAM, ADAM, ADAM whispered the trees in Cabeswater.
I’m sure I have a million more, but I’m fickle. These are my current ones.


FREE download of SHARDS, which is an illustrated preview of BREAKING GLASS.